Gareth is a huge technology nerd. He builds automated control systems for commercial AV systems and is a former reefer.

A quote from Advanced Aquarist from an article written about Gareth:
"What does a former reefkeeper do with a cache of high tech equipment? Start a high tech freshwater planted tank! Aquarist Gareth Dominy re-imagines uses for classical reefkeeping gear to create an automated 65 gallon planted aquarium that is a real showstopper."

A message from Gareth:
My name is Gareth Dominy and I have been an aquarium nut from the earliest memory I have. I was raised by aquarium people, and the obsession has only grown in time. I started to find my niche in the hobby in 2002 when I started aquascaping and experimenting. My passion for scaping led to a contributing section on aquascaping in “Loaches: Natural History and Aquarium Care”.

My automation obsession evolved later, and turned into a paying gig where I represented GHL selling aquarium controllers. I ran the GHL booth at Macna in 2010, while managing a reef store. I left reefing shortly after and went back to planted aquaria. In 2014 my first post-reefing planted tank attracted the attention of Advanced Aquarist and was featured on their site .

My career has advanced, and now I build automated control systems for commercial AV systems. You can find my designs running most of the rec centers on Vancouver Island, several educational facilities, houses of worship, and various other spaces.

I’m a huge technology nerd, and I am excited to share this enthusiasm with the Aquarium Society of Winnipeg. See you in January! 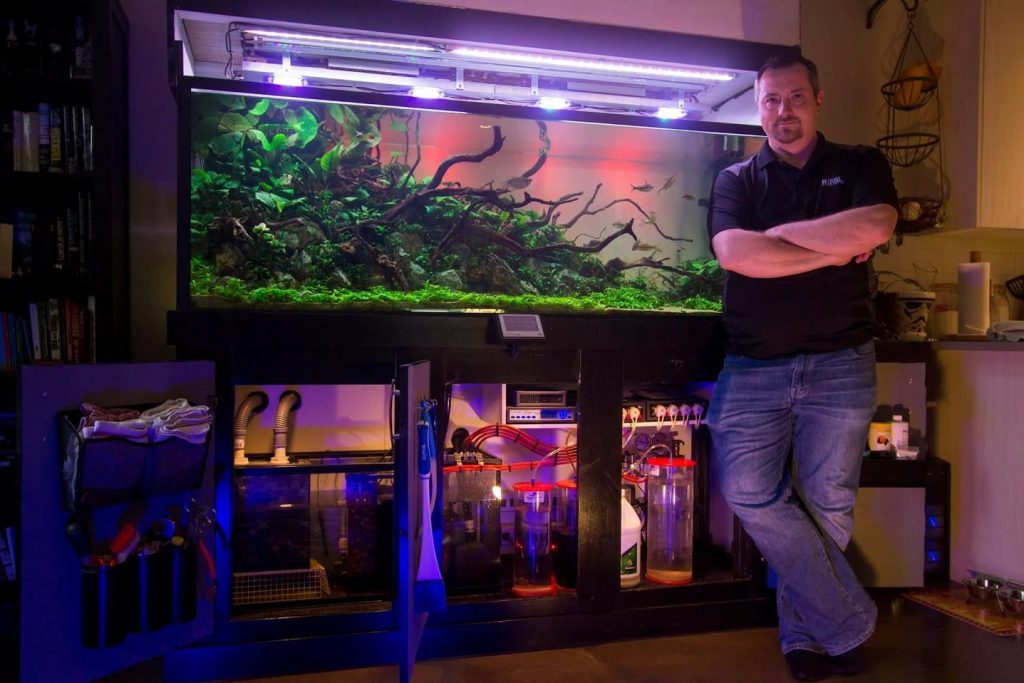 General meetings are free for current members and their families. There is a $5 drop-in fee for non-members. Free parking is available in the lots by the main entrance.
Learn more about becoming a member

Find us on Social Media

to receive updates via email!